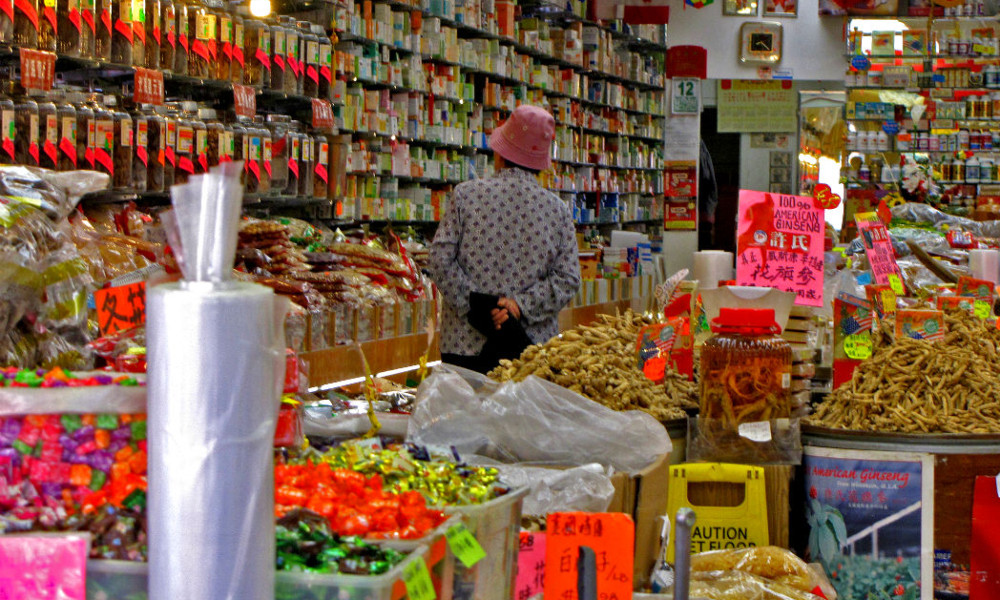 Canada’s largest Chinatown is a fascinating neighborhood in full-on transition. Part old-school curio shops, bakeries and herbalists and part indie galleries, boutiques, and restaurants, the contrast is exhilarating. The onslaught of bright market colors, smells and nick-knacks is super fun for kiddos.

Built in the late 1800s, Chinatown is Vancouver’s second oldest neighborhood. In its early days it was a ghetto on the edge of town for the early Chinese immigrants, who arrived to work on B.C.’s railroads and in the mines. Today, 17% of Vancouverites speak Chinese at home, and while the Canadian Chinese population in Vancouver has largely migrated to the suburbs, many still choose to shop at the downtown shops for groceries and specialty items.

You enter the neighbourhood, which is next door to Gastown, through the much-photographed  Millennium Gate at West Pender and Taylor Street. Chinatown’s architecture and world-ranked Dr. Sun Yat-Sen Classical Chinese Garden also make it well worth your family’s time.

Chinatown, as designated by the City of Vancouver, is bordered by the alley between Pender Street and Hastings, Georgia, Gore, and Taylor Streets. Main, Pender, and Keefer Streets are the principal areas of commercial activity.

Known to small folk as the lego whale, Digital Orca is a massive pixelated whale sculpture by groundbreaking Vancouver author and artist Douglas Coupland. The ...