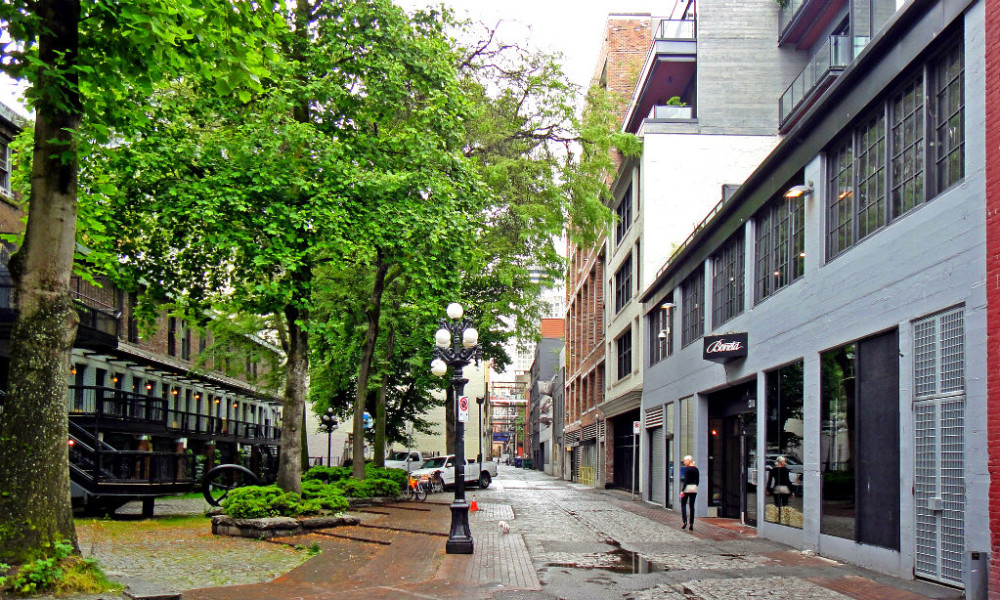 Gastown, Vancouver’s oldest neighbourhood, was designated a national historic site by the Canadian government in 2009.

Where once there were saloons for rowdy lumbermen, you’ll find some of the city’s most sophisticated concept restaurants and boutiques. Gastown led the way during the maker-led coolification of Vancouver. It has even been listed among the most stylish neighborhoods in the world.

Admittedly, this neighbourhood is a tad tedious for small folk. For parents, however, Gastown is a win. Remind them about taking turns. Their time is coming soon. Check out the scene including boutiques, cafes, architecture and the steam clock. With red brick and cobblestones, old-fashioned lamp posts, and stand-out architecture like the Dominion Building, it’s about as charming and old-town as a British colony can get. Next, take them for a proper romp in Sun Yat Sen Classical Chinese Garden one neighborhood over in Chinatown.

The soft spot in the heart of all Vancouverites is a 404-hectare (1,000-acre) emerald green Stanley Park situated on a peninsula just off the northwestern ...