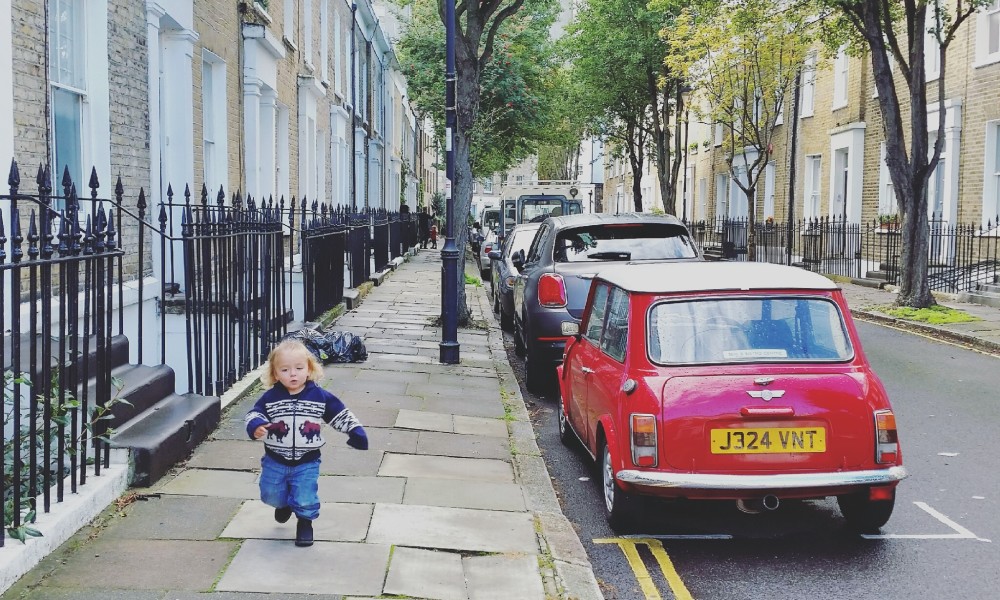 Our goal is to live like a local while traveling. Islington is our pick for best London borough to experience a full London family existence.

Why Islington: Islington is central and north of the Thames. It’s well-placed for you to explore classic west London and hipster east London.  It’s lovely and rich with history. It has a tight community of families with young children. It’s also got too many charming local pubs, good playgrounds, destination restaurants, quirky cafes, outdoor markets, and a strong independent retail scene.

Best of all, Islington has Regent’s Canal (built 1816) running through its heart. The pretty canal path is an off-the-beaten track opportunity to explore London. Follow it on foot with a stroller, or by bicycle or boat.

Brief history of the hood: Before 1000 A.D, Islington was called Giseldone, meaning “Gisla’s hill.” It was a wild, forested area. By the 17th century, Islington was a proper village, spreading along Upper Street and Lower Road, which later became Essex Road; by the 18th century, the area’s dairy herds kept Londoners supplied with butter, cream and milk. As London grew rapidly in the 19th century, Georgian brick terraced houses replaced the agricultural land. In the 20th century, it lost its prosperous residents and went through a downturn. Post-WWII rebuilding and gentrification gave it a refurb. These days it’s packed with independent shops, theatres, it-restaurants and galleries.

Islington transport: Islington tube stations include Angel which is on the Bank branch of the Northern line, between Old Street and King’s Cross St. Pancras stations. Also, Highbury & Islington which on the Victoria line.

King’s Cross and St Pancras train and tube stations are half a mile from the heart of Islington, (in the borough of Camden), which also has direct connections to Gatwick and Luton airports. The station also serves as a gateway to the north of England, Scotland and other major London stations.

Accomodation: We partner with travel companies that we use for our family trips. Rent one of the neighbourhood’s signature Georgian terrace homes via Airbnb and get a travel credit through our account. Check out Booking.com‘s London hotels and apartment rentals.

Granville Island Public Market has all sorts of locally-made picnic supplies, which you can take with you on your way to your next adventure. The ...