8 books you should check out before visiting Sweden 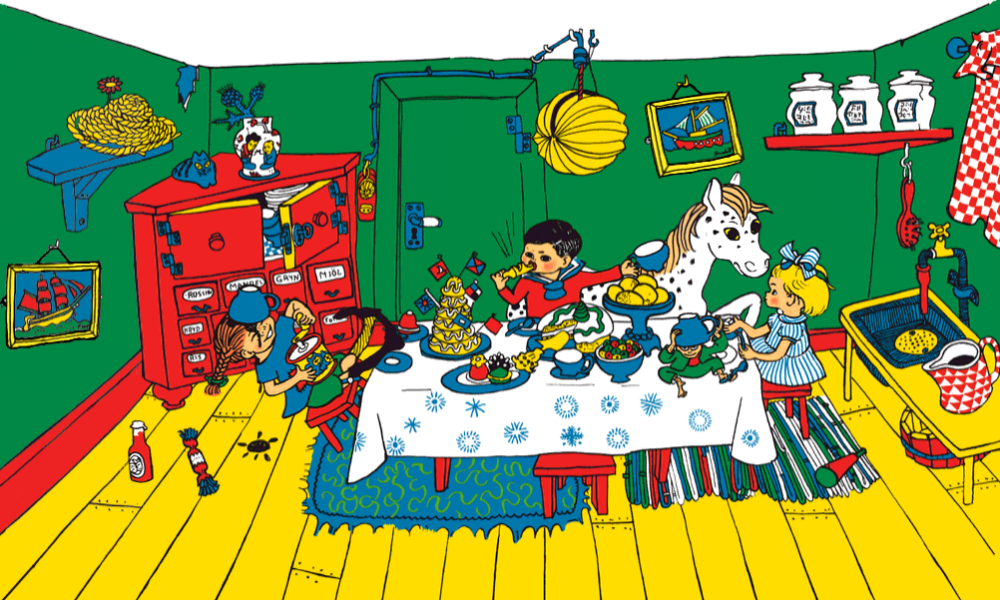 Reading up on your next trip is infinitely more rewarding to your imagination and, ultimately, to your travel experience than outfit planning. We’re not talking about encyclopaedic guidebooks. We’re talking fiction, cultural history, design, food and more. Here are eight books that will enable you to unlock the essence of Sweden, before disembarking from the airplane.

1. Do You Know Pippi Longstocking?

Independent, brave and hilarious, Pippi appeals to all ages. Renowned Swedish author Author Astrid Lindgren invented this remarkable girl who has a horse on her front porch, a pet monkey and a chest full of gold, when telling stories to her daughter Karin. In 1944, she wrote Pippi’s adventures down. Not all Pippi editions are created equal; Lindgren worked closely with illustrator Ingrid Vang Nyman and you need Nyman’s renditions to feel that same spunk.

Astrid Lindgren has authored 41-picture books for kids. Ronia, the Robber’s Daughter is an excellent next step after Pippi for kids over five. Another free-spirited, non-princess heroine, Ronia romps in forest and castle, making friends, battling obstacles and discovering the whole specter of human feelings along the way.

3. Design by IKEA: A Cultural History

For design geeks, this is a must read. Kristofferson offers the first critical history of IKEA, scrutinizing its impact on contemporary design culture.  She looks at IKEA’s symbolic connection to Sweden, through its design output and its promotional materials, revealing how the company both promoted and profited from the concept of Scandinavian Design.

4. The Girl with the Dragon Tattoo

Swedish crime writing is an insanely-popular genre and Stieg Larsson is one of its poster boys. Girl With a Dragon Tattoo is the first tome in his best-selling Millennium series. Originally titled Män som hatar kvinnor, (Men Who Hate Women) in Swedish, the book centres on tiny, tough, and troubled computer hacker Lisbeth Salander as she solves a series of brutal murders against women with journalist Mikael Blomkvist.

Author Larsson lived in Söder (our pick for where to stay in Stockholm) until his death from a heart attack in 2004. Larsson’s protagonists all live there and you cna easily stroll by their residences. Fiskargatan 9 is the penthouse Lisbeth purchases; Mikael Blomkvist’s apartment is on a hilltop at Bellmansgatan 1.

5. Fika: The Art of The Swedish Coffee Break, with Recipes for Pastries, Breads, and Other Treats

The Swedes drink more coffee than almost every other nation and they have a cadre of sweet treats, from saffron buns to practically all-butter chokladbullar, to go with it. This potent energy bomb is called a fika, and this book beautifully illustrates how to do it right.

6. A History of Sweden

It’s hard to find a cohesive history of Sweden in English, and this sweeping work is a decent start. 14,000 years of Swedish history are crammed into a few hundred pages by popular historian Herman Lindqvist. The author’s hubris is as interesting as the text; this guy sees himself as an influencer as much as a recorder. He’s even insulted the crown princess’ baby name (Estelle). Should the hardback book price be daunting, a more budget-friendly but also more tedious overview is: A Concise History of Sweden (Cambridge Concise Histories)

An achingly romantic, terrifying tale of a pre-teen female vampire who develops a relationship with her dweeby neighbor in the snowy Swedish suburbs of Stockholm. Everything you hoped Twilight would be, but isn’t.

Nobel-prize winner Martinson is among the great Swedish literary writers of the 20th century. A self-taught, working class man, his poems and novels capture the life of the proletariat in Sweden as the nation transitioned from barren to rich. The Road tells the tale of vagabond Bolle, who loses his job as a cigar roller to industrialization and hits the road.

Tucked away on the seawall a stone’s throw from Granville Island and on your way to Kitsilano, you’ll find a tiny fish shack with a ...