Marie Antoinette never said “Let them eat cake.” It’s one of French history’s greatest urban legends. Despite this, it’s excellent advice for a traveler in Paris; there’s a superb pâtisserie for every connoisseur in your family.

No country takes pastry arts more seriously than France, and the best of the best French patissiers have set up shop in the capital, where jaded foodists emerge from their office each afternoon to sink their teeth into salted caramel eclairs and olive oil-vanilla macarons.

From old school pastry artists to neoclassicists and avant-garde modernists, here are the best patisseries in Paris to satisfy your sweet tooth.

Every Parisian pâtissier nods to this great chef, who revolutionized old-school, heavy-handed French pastry in the 1960s. His emphasis on simple preparations and the highest quality inputs predates the nouvelle cuisine trend that overtook French cooking in the 1970s. His cakes are light , pleasurable innovations that have gone on to become the new standard for French pastry. Today, he has 60 boutiques in 12 countries.

Where to visit? The Bastille location. What to order? The Plaisir, naturellement. This slice of delicious has light, unctuous Bavarian cream and a thick wedge of chocolate mousse atop a biscuit made from caramelized almond. Textural bliss!

Called the Picasso of Pastry by Vogue, Hermé became an apprentice at Lenôtre at 14. He went on to help Ladurée, Paris’s most adored macaron shop, with their expansion game plan before opening his own line of patisseries. He’s known for his macarons, as well as creating signature flavour themes such as Ispahan (rose, raspberry and litchi), Mogador (chocolate passion fruit) and Infinie Vanille (signature blend of Mexican, Tahitian and Madagascar vanilla infused at an insane ratio of 30 pods per litre of milk).

Where to visit? His Rue Bonaparte location is our favourite. What to try? The Millefeuille Infiniment Vanille: layer upon layer of caramelized puff pastry and decadently intense vanilla mascarpone cream.

Macarons are now as common as cupcakes, but sinking your teeth into a luxury macaron is a swift lesson in why skill matters. So forget food tends, and try this timeless dessert at the right spot: Ladurée. Founded in 1862, Ladurée has been bringing Parisians joy for over a century. Their cookies have the requisite thin, crisp shell, tempting colours and tender, flavour-infused interiors.

Where to visit? The original Rue Royale location. Everyone complains about the line, but we had no trouble when we decided to indulge in macarons for breakfast on our last Paris trip. What to order? You can’t go wrong with the seasonal varieties. The rest of their patisserie, the milk chocolate eclair in particular, is also delightful.

Where to visit? The most convenient Aoki patisserie is in Galeries Lafayette, but the first shop on Rue de Vaugirard is the place for cake zen. What to order? If you want to feel hip, join Parisians in exalting the eclair over the macaron and try the umami feel of Aoki’s black sesame version. 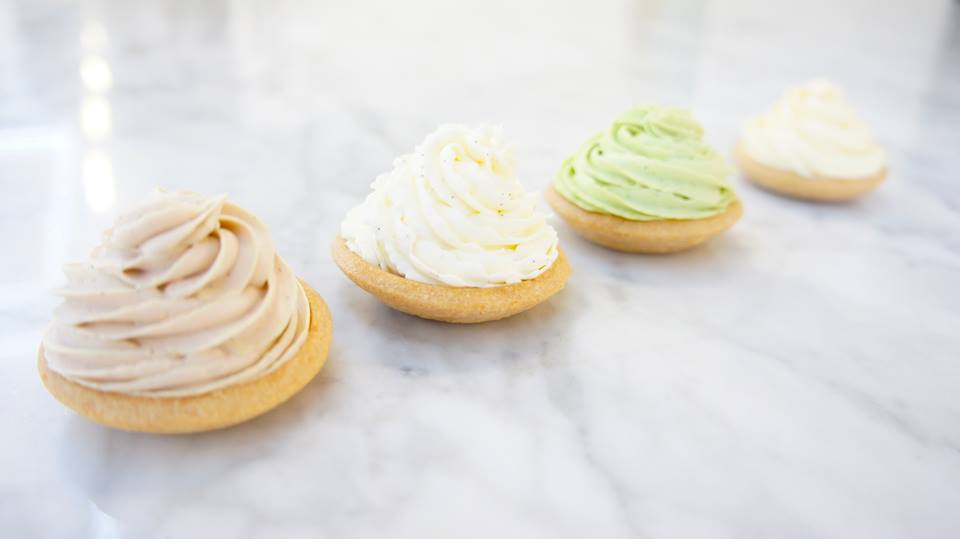 Benoît Castel simplifies and perfects the building blocks of French pastry, creating deceptively simple flavour bombs out of tarts and choux. He also knows his way around the bread oven, and his crusty yet chewy pain du coin is almost as sought after as nearby Du Pain et des Idees.

Friends since childhood, patissiers Hugues Pouget et Sylvain Blanc best embody the modern approach to French pastry. They consider their work haute pastry in that they deconstruct traditions and present them in an multi-step format that requires you commit to an entire experience. Fun fact: their brand name is a play on Victor Hugo and their packaging has literary themes.

Where to visit? There are only three locations of this mini-chain. Boutique Rive Gauche, the first shop they opened in 2012, is the best. What to try? Don’t panic and order macarons. This isn’t the place. Go big or go home. Whichever flavour you settle on, taste a pastry, a treat and a chocolate in one go. Then you can decide whether you’re a classicist, if-it-ain’t-broke type, or a devotee to the temple of modern gastronomy. 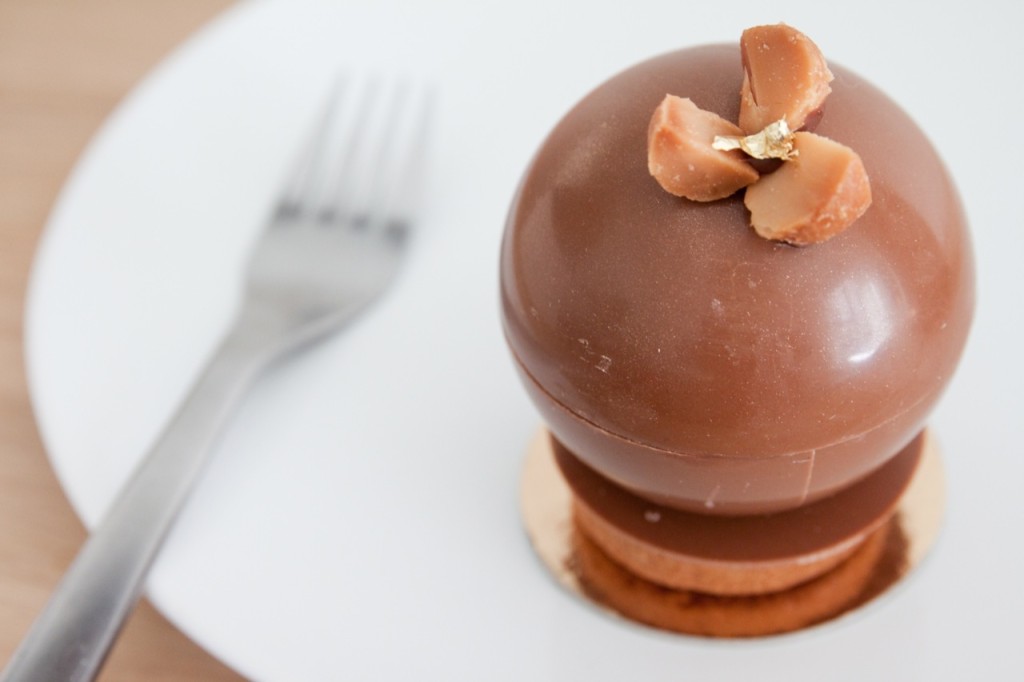 More the stuff of childhood memories than intimidating cuisine, the treats at these dream-like boutiques, where cakes sit under glass bells, are pleasing for all ages.

A Belle Epoque grand dame of Paris patisserie since 1903, Angelina’s tea salon has hosted greats including Proust and Coco Chanel.

Which location? The gorgeous gold salon on Rue de Rivoli. What to order? The mont blanc, (meringue, whipped cream, chestnut cream vermicelli) which isn’t gorgeous, but delivers a sensory overload that explains why it’s been their signature sweet since the beginning. 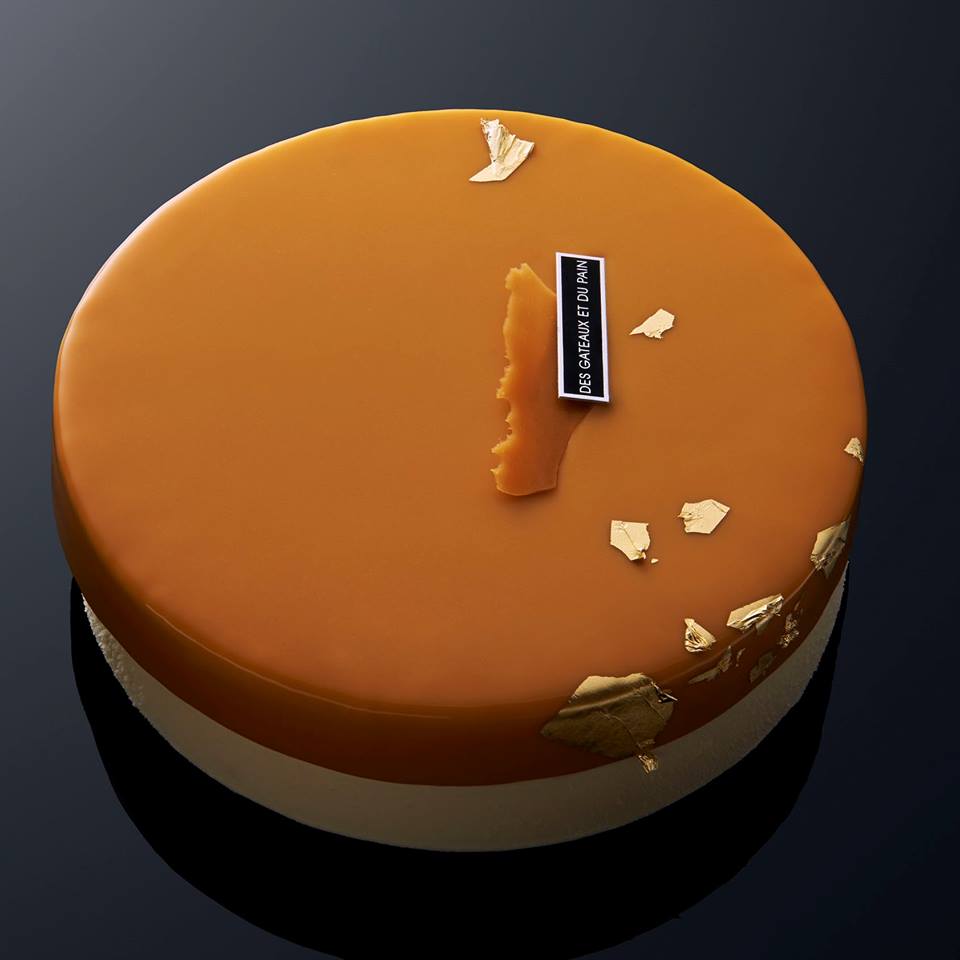 One the few Parisian female pâtissiers, Claire Damon has risen swiftly through the ranks. She trained with Hermé, practiced at Ladurée, and moved on to open her own sleek establishment in the 15th Arrondissement, extending to another small boutique on the Rue de Bac in 2013.

What to order? A signature lipstick cake. Each cake in the lipstick range has a base of croustillant à la cassonade, a crunchy mix of crushed almonds and sweet almond paste. Next comes thick vanilla cream, and seasonal flavours ranging from cherry and grapefruit to salted caramel, under a glossy dome.

A talented new patissier on the scene, Gaudard knows how to woo bored eaters with a retro-chic refurb of the gorgeous pastry shop of yore, and simple (not electric coloured or trend-driven) recipes.

Where to visit? Rue de Martyrs. You’ll also get  a peek at the cool South Pigalle neighbourhood if you keep poking around. What to order? His Paris brest ( pâte à choux crown filled with crème mousseline and topped with almonds) is the best in considered by many to be the best int own.

We usually rely on Airbnb apartments because the self-catering aspect is so essential in family travel. But in Vancouver we book at The Sylvia in ...